Amazon’s Alexa is an excellent assistant, but its usage has mostly been limited to the convinces of our homes. So Amazon decided to release the Echo Auto, which aims to bridge the gap by putting Alexa in your car. And since we all spend a significant amount of time in our cars, this sounds like a good idea. Well yes, but Amazon really pull back on some key features that would have made this device perfect for any car.

Well, in this post we will be taking a more in-depth look into the Amazon Echo Auto, let’s start with the looks.

Aesthetics wish the Echo Auto comes in a sleek and compact design. It has a dimension of 3.3 x 1.9 x 0.5 inches, so yes this design is quite small, it can be compared to a large chocolate bar, but with Alexa onboard.

At the front of the device, you have an eight microphone hole array setup, meant for picking up your voice better on busy roads or high winds. You also have the Alexa summon button for when you don’t want to say the wake word and a microphone mute button at the front.

At the right side of the device is where to have the micro-USB port and Aux port. The micro-USB cord is actually not meant for charging your phone, rather to power the Echo Auto, Since it is not battery powered.

At the other side is where you have the speakers. But don’t expect to play music with these speakers as it’s meant for setup and error messages. The Amazon Echo Auto also has a light bar at the front of the device for interacting with Alexa.

At the back, you a magnetic slot which attaches to the car vent mount which is included in the box. The air vent mount, unfortunately, is not compatible with all car vents, if your car has a circular vent there is a high probability it isn’t compatible with yours.

For the design, I have to say the Amazon Echo Auto did look pleasing to the eye. I personally don’t mind wires, but if you are someone who likes keeping wires hidden and organised, it might prove a little tricky unless you intend hiding the device altogether.

The setup process for the Echo Auto is straightforward. Once you have setup the vent mount, align the magnetic slot at the back of the Echo Auto with the mount and snap it in.

Insert the micro-USB cable and the device will automatically power up and the light bar at the side will light up to orange, indicating it is on setup mode.

Then open the Alexa app and add the Amazon Echo Auto to your device list, give it your preferred name and run some sound test and you are done with the installation process.

Now that you have paired it with your Alexa account you can now start dishing out commands the same way you would with your echo speaker or echo show.

You can ask it to perform simple tasks like play songs, tell you the weather forecast, read sports news, send and read out messages. As well as getting directions to places when driving, although this feature is not the best.

You can also use it to control other smart home devices before you get home, like controlling the thermostat, or opening the garage doors when you arrive. Basically, its aim to bring Alexa with you anywhere you go. It makes driving a lot more convenient since you don’t have to take your eyes off the road to interact with your phone or car screen.

While these features sound great, all this task can easily be done with either Siri or the Google Assistant on your phone. In fact, whenever you ask the Echo Auto for directions, it then pulls out the route from your phone’s map, and since it has no screen, you will then have to pick up your phone to see the visual map. And if your car already has Apple play and Google Auto, the uses of the Echo Auto will be significantly reduced.

Although the Echo Auto supports a list of music streaming services including Pandora, Spotify, Apple Music and Amazon music. Most of all that can still be done with Siri or the Google assistant.

The aspect where the auto beats your phone’s assistant is voice recognition. The Echo Auto was able to pick up voice commands when I played loud music or when my windows were down.

For connectivity, the Echo Auto only works with your phones data, since you can’t connect it to your home WiFi from your car. Now if your phone is on a capped data plan, then this might be an issue for you to look into otherwise you are good.

The connection was quite secure and stable, only dropping off once in a while. It connects to your phone through Bluetooth, and with the AUX port, you can then plug it into your car, which makes it a great way to smarten up your dumb car.

The concept of the Echo auto is a great one since it adds some smartness to your car. But Amazon could have done a lot better with the Echo Auto.

The fact that it does not has its own navigation system. Instead, using the Google map or Apple maps strips the devices from the co-pilot position. I also wished the device had an inbuilt battery, but it’s isn’t a big deal for me though considering the size of the Echo Auto.

I really like the fact that we still get to, play songs and Control smart home device from anywhere and also the ability to drop in on other devices. The eight microphones set up on the Echo Auto did an excellent job at picking up voice and command both with loud music and high-speed winds.

If you are someone who is deeply integrated into the Alexa Ecosystem, then you can consider getting the Echo Auto, but if otherwise, you should be good with your phone’s assistant. 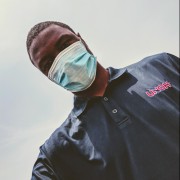 How to Easily Hard Reset All Echo Devices

Amazon Echo Vs Echo Dot. Which One Should you Get?

Flic 2 Review. Control You Home With This Cool Smart Button.